Lessons from the Nineteenth Century: Immigration, Xenophobia and an Inept President 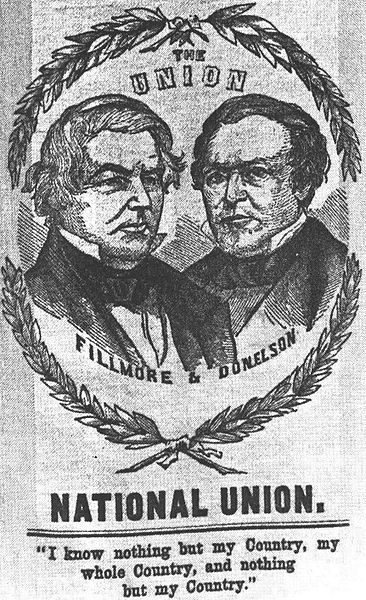 Before Lady Liberty officially became “Mother of Exiles” in 1903[1] and subdued xenophobia with the help of her three dragons (sorry, wrong story, that was the Mother of Dragons), the tired and poor huddled masses arriving at America’s teeming shores were greeted less than enthusiastically by nineteenth century anti-immigration extremists. Creating a model that is now experiencing a renaissance, groups of mainly white, Protestant men calling themselves Nativists in honor of their “native” American heritage, and united in their belief that immigrants were taking their jobs, threatening democracy, and bent on imposing Papism, banded together to limit the rights of existing immigrants and slow the inflow of new immigrants.

Political groups like “The Order of the Star Spangled Banner” and “The American Party” glorified bigotry and xenophobia as patriotic pursuits, targeting Irish Catholic, German and Chinese immigrants in particular. Cloaked in an apathy that took for granted the fact that their own immigrant forebears had sought and fought for the freedom of religion and from oppression that they now enjoyed, these self-styled Patriots used their privilege to deny the same freedoms to others. Dubbed the Know Nothing Movement for its members’ public disavowal of its existence, it even claimed as its own an American president: POTUS 13, Millard Fillmore (1800-1874). Basically, a perfect fit for the category: “There is Nothing New Under the Sun.”

Like many Americans with a culturally diverse family tree, it’s a history I find horrifying in a variety of ways. Considering my Dutch ancestors were founders of what is now New York, I shudder to think that perhaps their nineteenth-century descendants stood outside Manhattan’s Castle Garden immigrant processing center shouting abuse like “Schorum!” (that’s Dutch for “bad hombre”) to people like Friedrich Trump when he was admitted as an immigrant in 1885. Or perhaps the great-grandchildren of one of my ancestors who was French by birth but fought bravely for his adopted country against the British in the American Revolution took exception to the fact that Friedrich had surreptitiously left Germany to evade military conscription.

I prefer to think that based on the incredible number of German and Irish “new” immigrants that entered my family tree in the nineteenth century through intermarriage with the Dutch, English and French “old immigrants,” the attitude of my ancestors was rather the opposite. Something more in line with, “We understand that people emigrate from their homeland for a variety of reasons. And although those reasons may sometimes be less than honorable, they rarely include intentionally harming the adopted country. Let’s give everyone a fair chance, especially if we’ve been given one ourselves. Welcome, and good luck.”

In fact, the latter appears to be the kind of treatment someone like Friedrich Trump received in America. He was not subjected to extreme vetting, travel bans, visa revocations, separation from family, deportation, etc. He lived the American Dream, seemingly unfettered by the far-right movement of nineteenth-century bigots wrapped in the American flag. His children and grandchildren were born in the United States of America, completely free to become anything they wanted, including racists, misogynists, xenophobes, and even an American president. But none of that might have happened if the nativist American Party had their way and achieved national power with the successful election of Millard Fillmore in 1856. Remember him? No, nobody ever does. He’s forgettable even when mentioned as recently as three paragraphs ago.

When Fillmore lost his 1844 bid to become governor of New York, he blamed his loss on immigrants, specifically “foreign Catholics.” After becoming vice-president in 1849, he was virtually ignored by President Zachary Taylor. His own rise to the presidency came only when Taylor died suddenly in 1850. His presidency was unremarkable, although his paltry legacy does include such abominations as The Fugitive Slave Act of 1850, which mandated that even free states must capture and return escaped slaves to their masters in slave states. Toward the end of his inherited term of office, his own party refused to nominate him as their candidate in the 1852 election. According to one of his biographers, George Pendle, Fillmore was dubbed by his contemporaries as “inept,” “vacuous” and “doughface.” Pendle wrote: “Fillmore reminds us that the platitude that ‘anyone can be president’ is as much a threat as a promise.”

Possible political redemption came in 1856 when the American Party saw something in him that clearly no one else did. Given his track record, perhaps they figured he would serve as an excellent puppet. Although the few Fillmore biographers seem to agree that he was not a fervent nativist, he nonetheless sold his soul to the party for their support. In 1855, he had taken the secret oath of The Order of The Star Spangled Banner and wrote a letter meant for public consumption that lamented “the corrupting influence which the contest for the foreign vote is exciting upon our election.”[2] By “foreign vote,” he was referring to the vote of naturalized American citizens, clearly implying these votes – like the people who cast them – were tainted in some way. Campaign posters printed by the American Party, such as the one in the featured image, used slogans that were the nineteenth-century equivalent of “America First.”

Luckily, Fillmore and the Know Nothings didn’t have the chance to fulfill their bigoted vision of America. The Fillmore-Donelson ticket carried just one state, Maryland, in electoral votes, and gained only 22 percent of the popular vote. Despite the posturing of extremists like the Know Nothings, it seems that most nineteenth-century Americans held more moderate views of immigration and immigrants. To be sure, mass immigration presented problems and challenges for both immigrants and “natives,” just as it does today, but people appeared to have enough sense to realize that bigotry wasn’t the answer. As it turned out, they were right. It’s safe to say that Americans of Irish, German, Catholic and Chinese descent were woven into the American tapestry just as successfully as the English, Dutch and French had done previously. And I personally have no doubt that with help and support from honorable and introspective “native” Americans, so will modern immigrants.

Although we haven’t been as lucky as our nineteenth-century counterparts in dodging the proverbial presidential bullet, we can only hope that history will repeat itself in another way and resign POTUS 45 to the annals of history much as POTUS 13 has been. According to biographer Robert J. Scarry, an admirer said of Fillmore: “He was the best loser of his day.”[3] In 1988, a Yale history professor wrote in American Heritage Magazine: “to discuss… Millard Fillmore is to overrate [him].” The Official White House website can barely even muster up a kind word: “Millard Fillmore demonstrated that through methodical industry and some competence an uninspiring man could make the American dream come true.”

Since even these statements could be considered glowing endorsements of the current president, let’s hope that the American people have as much sense as they did in the nineteenth century. Simply by rejecting the bigotry, misogyny, racism, and xenophobia of the current administration, we could not only enrich our American tapestry with a new era of immigrants, but also consign the current occupant of The White House to official national disdain.

[1] Although Emma Lazarus wrote her sonnet, “The New Colossus,” in 1883 to help raise money for the construction of The Statue of Liberty’s pedestal, it was virtually forgotten until 1901, and the plaque bearing the sonnet wasn’t added to the statue until 1903.

Though I am now working on my PhD in history, my blogs represent some of my previous work as a freelance writer and historical researcher.

"The only thing new in the world is the history you do not know." - Harry Truman

"History is a guide to navigation in perilous times." -David McCullough